Artist Pavel Yakovlevich Zaltsman was born on January, 2nd, 1912 in Kishinev and his childhood passed in Odessa. His father, from the family of russified Germans, was regular officer of Russian Army (and a gifted amateur painter); mother was Besarabian Jewess. Zaltsman spent his childhood in Odessa, Berdyansk and other small Ukrainian and Moldovan towns. In 1925 his family moved to Leningrad. He began drawing very early, but was not admitted to any official art school owing to his “non-proletarian” descent. That did not prevent him from becoming an accomplished professional in drawing who provided illustrations for the Leningrad magazines “Rezets”, “Perelom”, “Yuniy proletariy” and “Stroika”. His early drawings of the late 1920’s – early 1930’s show his interest in art nouveau and cubism.

In that period, thanks to lessons taken from the well-known stage designer V. Arapov, he got interested in designing for films. He got a job at the Lenfilm studio where he worked with the outstanding film directors – the Vasiliev brothers, A.Ivanov, and I.Trauberg.

While working for the film studio, he traveled to Central Asia where he had a taste of the region’s nature and culture. In his drawings of the 1930’s (Khodjikent, Portrait of Tuta, Mongol with Basket and Window) and in his novels (Puppies and Central Asia) he gave a detailed and realistic account, though also a scary fantastic impression, of those lands. Later, his destiny, with a certain fatal logic, led him to Kazakhstan leaving him there to the end of his life.

The event crucial for him as an artist and a writer occurred in 1929: having seen reproductions of Pavel Filonov’s works in a magazine review of the exhibition entitled Masters of Analytical Art, Zaltsman went to visit that artist in his studio on the Karpovka River. He became Filonov’s pupil, but unlike some other students, he was not crushed by the genius of that master. He deviated from the strict norms of the analytical method and acquired his own manner distinct from all other chicks of that nest.

The essential thing in Filonov’s work and theory was for him the intellectual tension of the creative process. Filonov saw a picture as analogous to the structure of matter on the molecular level, as a living organism with cells based on interaction of minute units. In keeping with that theory Zaltsman created his water colours with a “dry brush”, forming the image with densely packed small strokes; in his black-and-white drawings he used minute ink strokes of the pen modeling intricate nervous contour and volume, often interspaced with breath-taking lacunae of white paper. Zaltsman shared Filonov’s rejection of all preparatory studies or sketches; he thought that an artist’s touch should at once result in a completed work.

Of great interest are hundreds of drawings done by Zaltsman since the age of fourteen to the late 1960s. We can find in them all the themes and human types, all the composition solutions that were used later in large graphic sheets. All the preparatory work was done by the artist in his mind pouring out the ready solutions on to the paper sheet.

Whereas Filonov’s final result was a grandiose cosmic picture of the external world, Zaltsman aimed at tracing and analyzing the inner life of mind and spirit. His stroke or dot would grope for, dissect, and model the form releasing a spurt of energy, according to Filonov’s teaching, but w ith a literary shade – not exactly a subject, but an attempt to define man’s place in this awesome world and in weird human relations.

Great attractiveness of Filonov’s canvases for Zaltsman was supported by possibilities of the Filonov method as a means to attain the already instinctively set object – to work on the character of man.

In his creative work Zaltsman developed one side of widely philosophical works of the master – portrayal of a subtly and intricately modeled face, expressing a great range of psychological collisions. In general he worked in the field of easel painting, water-colour and drawing, also he worked as an art director at the “Lenfilm” and “Kazahfilm” studios, as stage-painter, book designer and decorator.

As early as the thirties Pavel Zaltsman developed in his works the original principles of composition construction. Presence of several horizontal lines helps the picture to turn of the sheet plane. For the artist there are no unimportant details, no inert back-ground, every face, object or element of the surroundings is significant. Thanks to that pictures are emotionally strained, there are no passive states in them. As a rule the artist depicts not one scene, seen at a certain moment, but several situations, connected in his mind and made up in the plane according to the principle of simultaneousness. Each of his work is a product of contemplations, long observations. It is kind of a multitude of moments joined together. This principle may as well be taken as a representation of the crowd, but the relationship between the personages in this case is dictated not by a concrete situation, but by the theirs inner state. The general frontal of construction creates a special mise an scene, the centre of which is as though taken out of the sheet plane and is between it and the spectator.

In 1933 the Soviet publishing house Academia produced a remarkable volume: an edition of the Karelian-Finnish folk epos “Kalevala,” whose design represents the ambitious endeavour of 14 artists (led by P. N. Filonov) to produce a collective work of art. Filonov’s work, his theoretical legacy and his educational influence constitute an extraordinary but little-charted area of the Russian ‘modern movement’, modifying accepted notions of the history of art in the U.S.S.R. The “Kalevala” is the one surviving visible monument to the Filonov School; its outstanding artistic qualities give it a place in the wider history of graphic art. In this article Filonov’s career, his ideas and the history of his School are outlined. Zaltsman’s participation in this project was his “diploma” work at Filonov’s school.

Zaltsman’s friendship with Alice Poret, also Filonov’s pupil, led him to an acquaintance with Daniil Kharms and the Oberiut circle. He certainly felt their influence both as an artist and as a writer. The absurdist trend, the expressionist, even guignolmanner is found next to Zoshchenko’s farce element both in his pictorial art and in his literary work.

In 1942, at the time of the Leningrad blockade, Zaltsman happened to leave the city with the last transport of the Lenfilm studio evacuated to Alma-Ata. Then, due to his German descent he was interned in Kazakhstan until 1954. At first he worked there at the Central United Film Studio, but he lost that job during the so-called “anti-cosmopolitan” (in fact, anti-Semitic) campaign (due to his Jewish descent). He made his living by lectures on art history, which he still continued in later years, thus helping educate generations of Kazakh intellectuals.

In the 1960’s he was given a sort of official recognition – he was made the chief designer of the Kazakh Film studio. His works were now admitted to exhibitions and purchased by museums, also reviewed in the press. That enabled him to practice his main occupations – painting and graphic art, also literary work.

Having passed through Filonov’s avant-garde school, Zaltsman now returned to his earlier stylistic inclinations – rather closer to symbolism. He was also strongly influenced by his love of Renaissance, particularly northern, which he had developed in endless visits to the Hermitage in his youth. That added a strain of tender beauty and harmony to his at times tragic tone. Also reminiscences of German romanticism – his adored Hoffmann, Brentano, and Kleist – coloured his graphic works and his writings.

In the course of his long career which began in the turbulent 1920’s Zaltsman never turned with years into a then standardized “socialist realist”. Nor did he join any of the new avant-garde trends which arose in the post-war years though he had intellectual and ideological affinity to some of their members. He created his own unique style containing many components, but readily recognizable. This can be explained by the striking originality of his talent, both painterly and literary, and by his strong personality.

The world of Pavel Zaltsman’s creations is troubled and macabre, irrational to the absurd, highly subjective and fantastic. But it is an accomplished, holistic, and artistically convincing world. With all his devotion to the principles of analytical art, Zaltsman’s heritage can’t be reduced to them, or to any other trend in Russia’s art, but it can certainly be described as a striking expression of the XX century’s tragic history.

A significant part of the literary archive and the correspondence of Pavel Zalsman is now available in the archives of Research Centre for East European Studies at the University of Bremen (Germany). 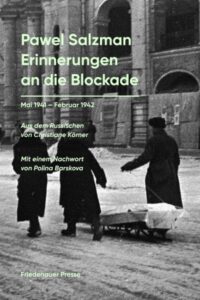 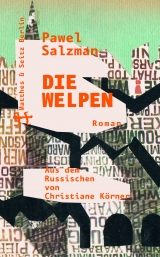 Paul-Celan-Preis 2017 awarded to Christiane Körner, the translator of “The Puppies” novel to German. You can read Mrs Körner’s speech at the award ceremony here.

“Znamya” magazine, 2012, #5 published Pavel Zaltsman’s memories about the first months of the Siege of Leningrad. 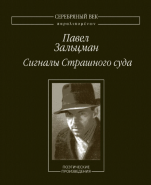 “Svoboda” Radio. “Over the Barriers” with Dmitry Volchek. Feasibility of Hell. On Zaltsman’s “The Puppies”.